Thousands of marathon skiing enthusiasts travelled to Oberammergau in the German Bavaria to be part of the 45th edition of the traditional König Ludwig Lauf, the second stage of the FIS Worldloppet Cup. Among them elit skiers from Germany, Italy, Switzerland, France, Norway, Sweden and others. Under perfect weather conditions (small snowfalls during the night) and on a perfetly groomed course we saw a tight fight between Maria Gäfnings from Sweden & Aurelie Dabudyk & a sprint final with around 12 skiers in the men’s competition. 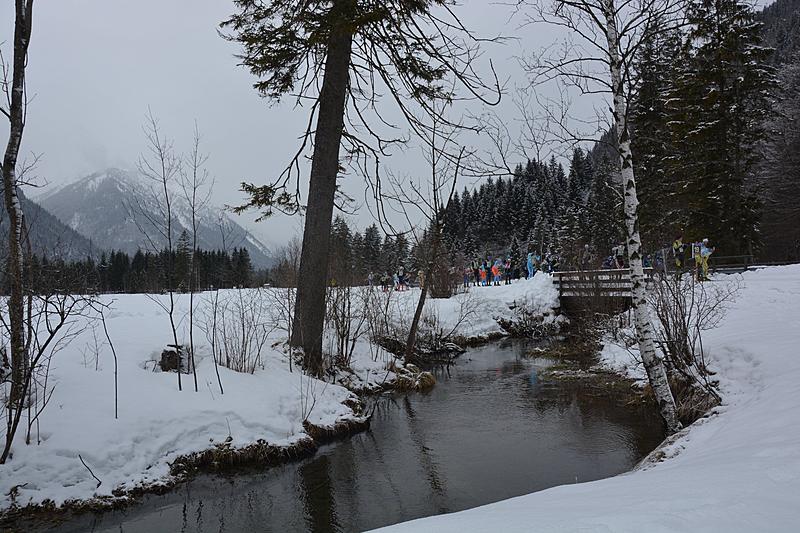 Norwegian victory at the FIS Worldloppet Cup stage 2
It was a slow race today. Since it was snowing slightly in the early morning hours the track was slow & also the athletes didn’t rush during the first 20 km. So it came, that around 20 skiers formed the leading pack, including the first women. Much work was done by Petter Soleg Skinstad from Norway & also from others. The local skiers & last year’s winner, Max Olex, obviously didn’t have a good day, he had to leave the leading group quite early in the race. After shrinking down to around 12 men, the leader’s group startet an exciting final sprint, with the Norwegian Tore Bjoerseth Berdal winning just a few centimeters before the French Ivan Perrillat-Boiteux (Team Haute Savoie Nordic). The 3rd place goes to Italy, to Riccardo Mich. 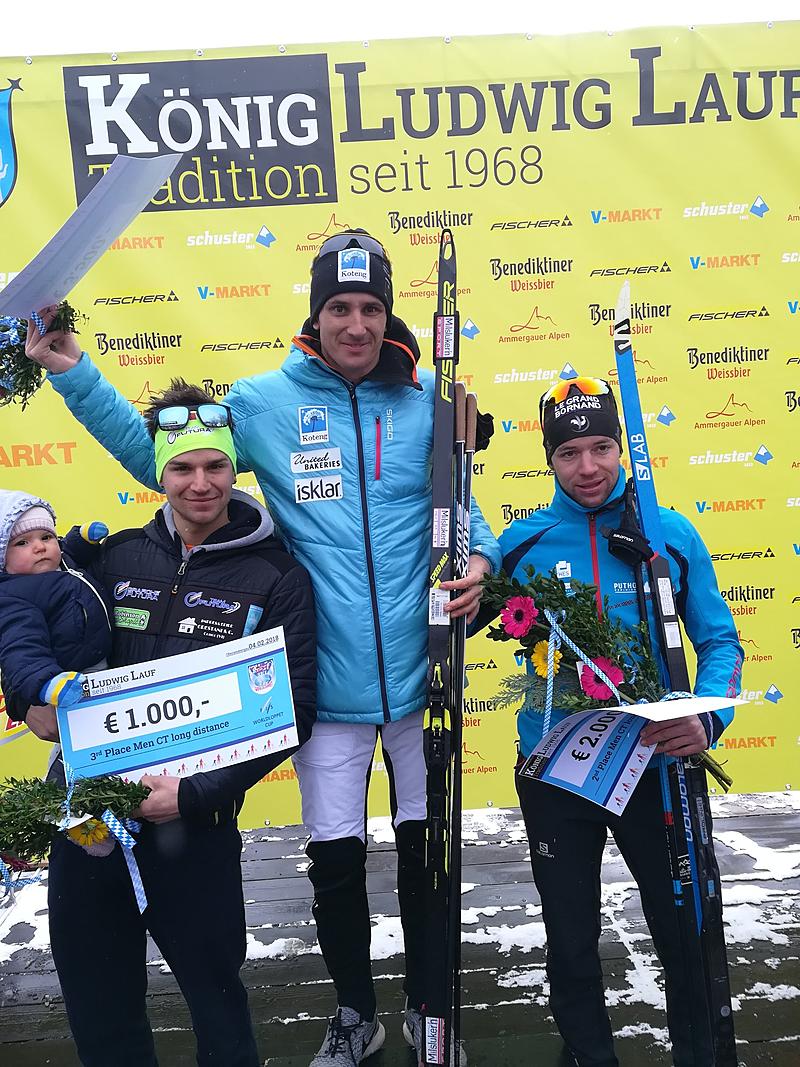 “Yesterday I skied the marathon in Cortina & I was not satisfied with the race, so I decided to come here. We arrived tonight at 01:00. And I definitely don’t regret the decision. But now I am really tired,” smiles the Norwegian winner.
Results of the König Ludwig Lauf 2018 – men
Aurelie Dabudyk unstoppable also in Germany
And once again she did it! The winning lady of the König Ludwig Lauf 2018, is the same like last year, the same like in the first stage of the FIS Worldloppet Cup 2018, the same like the overall winner in 2017: It is Aurelie Dabudyk form France. The member ob the Nordic Team Haute Savoie is continuing dominating the FIS WLC. But today it was not that clear like the last times. Her Swedish concurrence Maria Gräfnings, SAS pro team, arrived the finish in Oberammergau only 15 seconds behind Dabudyk. The 3rd place goes to the Swiss athlete, Seraina Boner, who already won the König Ludwig Lauf in 2013 & 2014.

“It was much harder today. Maria and me we worked together for almost the whole race only on the last kilometer I was able to escape. Now I feel excited for skiing my home race, La Transjurasienne, in the red bib”, says Dabudyk.
Actually both red bibs will ski in France, at the 3rd FIS Worldloppet Cup stage, the La Transjurasienne, in the Team Haute Savoie Nordic!
Results of the König Ludwig Lauf 2018 – women