Pralong & Dabudyk are king & queen of the FIS Worldloppet Cup 2017

Only 12 points separated the red bib holder of the FIS Worldloppet Cup 2017, Candide Pralong and second-placed Ivan Perrillat-Boiteux before the final stage at the Ugra Ski Marathon today. In the ladie’s ranking last year’s winner Aurelie Dabudyk only had to collect 3 points today to ensure her second overall victory in a row. But today the FIS Worldloppet Cup athletes got some very strong company: Petter Northug Jr. (NOR) and Sergey Ustiugov (RUS) chose the Ugra Ski Marathon for extending their season. 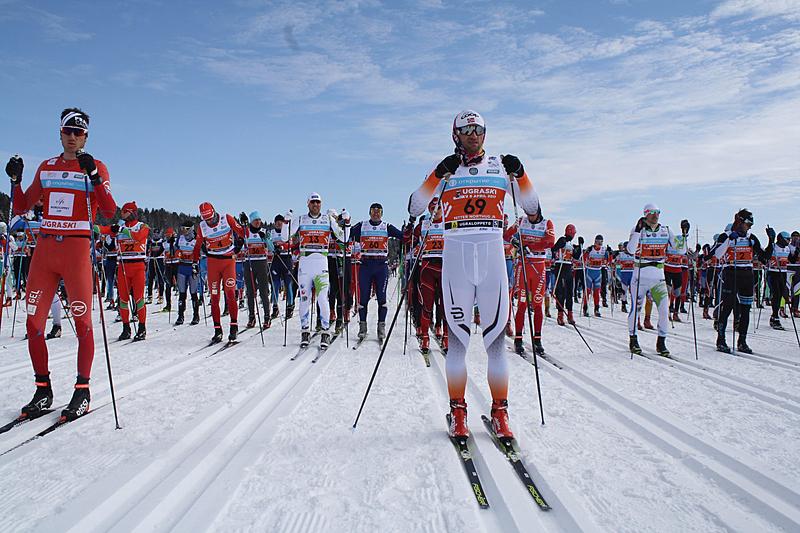 (Petter Northug Jr. next to FIS Worldloppet Cup winner 2017 – Candide Pralong)
Sergey Ustiugov wins on his birthday
In the end, it was Sergey Ustiugov, the local hero, who used his home advantage, started an attack just a few kilometers before the finish line and succeeded. In the end, he won the Ugra Ski Marathon 40 seconds before the other favorite, before Petter Northug who sprinted to the 2nd place. “I was on Ustiugov’s back when he increased the speed and tried to follow, but then I realized that there are some more kilometers to go, so I had to reduce the speed again for beeing strong enough on the finish lane.”, explains Northug. 3rd place goes to Candide Pralong (SUI), only 0,1 seconds behind Northug. After Toni Livers last year, with this 60 points for the overall ranking, the member of Team Rossignol Gel Interim brought the FIS Worldloppet Cup goblet once more to the French marathon skiing team.

(Sergey Ustiugov winning the Ugra Ski Marathon)
“Of course, the gold medals at Lahti are weighing a lot, but to win here today is also a great feeling, also since it is my birthday. But during the race I was not so sure if I can be in front in the end. It was so hard, windy, slow. But aproximately 8 km before the finish I felt, that I can attack and I increased the speed and it worked out!”, says Sergey Ustiugov who also had birthday today.
Rotcheva climbs up on the podium
In the women’s competition the dominator of the season, Aurelie Dabudyk (FRA), once again had problems with the final stage in Russia. “I don’t think the race or Russia is the problem, it’s because of the end of the season. It is hard for me to keep the performance on top level so long.”, she says. Like last year she had no chance for the victory. But with a lead of 98 points in the overall ranking, it was her focus to just finish the race and she did. So the winner of the FIS Worldloppet Cup once again is Aurelie Dabudyk, the French member of the Nordic Team Haute Savoie.
But today’s winner is someone else: Olga Rotcheva (RUS), last year’s second. 53 seconds before Maria Gräfnings from Sweden (SAS & tg hütten) she finished the Ugra Ski Marathon. The third place again goes to Russia, to Mariya Guschina.

(winning ladies today: 2nd Maria Gräfnings, 1st Olga Rotcheva, 3rd Mariya Gushina)
“It is a great feeling winning here in Russia after my second place last year. The race was hard, the conditions also, so I am happy to win. There was no need for an attack, I just skied my pace the whole race and it seems like it was the fastest one!”, sums Rotcheva up.
Find the whole results of the Ugra Ski Marathon 2017 here for the men and the ladies.
Candide Pralong wins FIS Worldloppet Cup 2017
After the season 2016/17 started with bad news – the cancellation of La Fouleè Blanche, the first FIS Worldloppet Cup stage – the winter didn’t make it easier for the remaining 7 stages. But with a huge amount of fortune regarding the weather and great efforts of the OC’s all the 7 races were a success. The Dolomitenlauf in Austria showed, that Team Haute Savoie is going to be very strong: Aurelie Dabudyk started the season like she did the whole winter before and won. So did her teammate, Ivan Perrillat Boiteux. But then Team Rossignol Gel Interim could recover and show that the are going to fight for the red bib also this year. 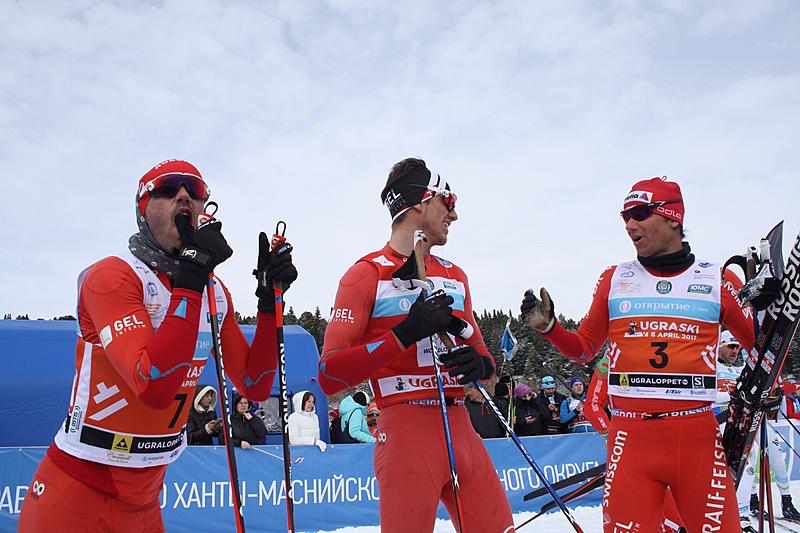 Candide Pralong was the most constant skier. He didn’t win a race but always was on the podium or among the first skiers. With this performance throughout the season, he ensured, that the FIS Worldloppet Cup goblet returns into his team after Toni Livers won it last year. Ivan Perrillat-Boiteux achieved the second place after winning the opening stage and a 3rd place at the Transjurasienne. Third-placed Toni Livers, who won last year, couldn’t jump on the podium in a race this year but has 2 fourth and 2 fifth places, which brought him on the podium in the overall ranking.
Double for Aurelie Dabudyk
The ladie’s competition in 2017 again was dominated by Aurelie Dabudyk! Just like last winter, she showed a great performance throughout the whole winter. 3 times she was standing on top of the podium and once as 2nd. Only in the last race today she was not able to ski with the top women. But this year a lady from Sweden made her life hard. Maria Gräfnings jumped on the 2nd overall place in her debut in the cup. Two 2nd places, one 3rd and one victory she brought into account this season. Also the third woman, Gräfning’s teammate Rahel Imoberdorf, jumped on the podium twice this winter. Now the athletes are going into a well-deserved break until they start to train again for next year’s official FIS world cup in marathon skiing, the FIS Worldloppet Cup. 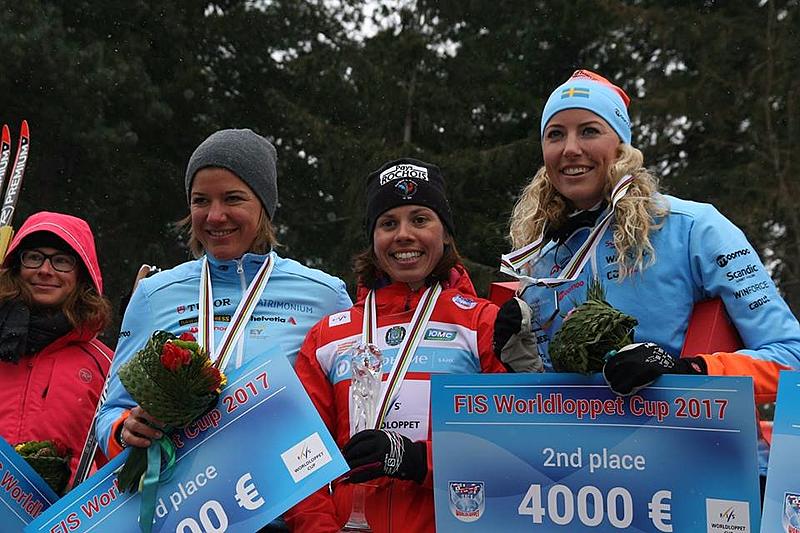