Tonight the legendary Dolomitensprint opened the Dolomitenlauf weekend in the Austrian Dolomites. 30 international top sprinters were fighting for prize money and honour in the Biathlon centre of Obertilliach, the venue of the Dolomitenlauf.

30 top sprinters from Austria, Italy, France, Germany, USA, Switzerland, Finland & Sweden were fighting for the victory in the well-known Dolomitensprint. In the ladie’s competition, it was the favourite from Sweden, claiming the first place: Maria Gräfnings, FIS Worldloppet Cup leader was taking the lead already right after the start and never gave it away anymore. Second place goes to France, to Vulliet Constance and the 3rd place to Tatjana Mannima from Estonia. 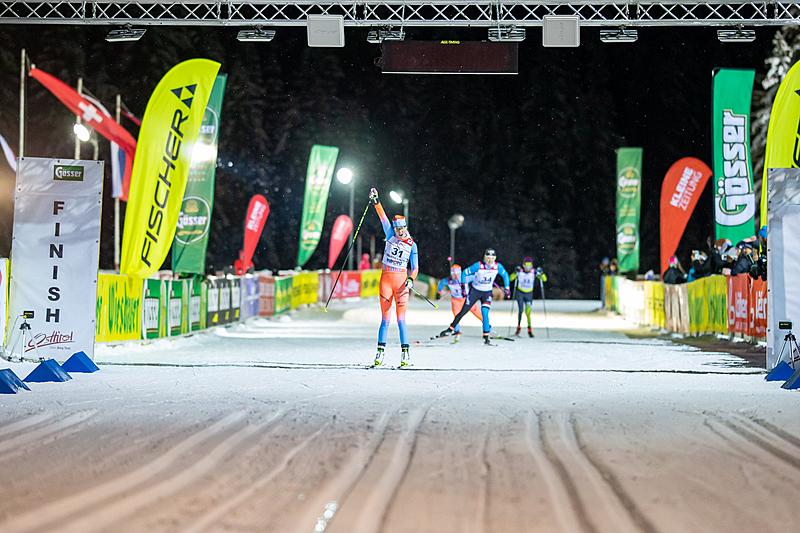 The men’s competition was a very close one. With names like Toni Livers (SUI), Loic Guigonnet (FRA) & Daniel Mestotitsch (AUT), the starting field was very strong. But in the final Italians were dominating. Zelger Stefan won only 0,10 seconds before his compatriot & last year’s Dolomitensprint winner Enrico Nizzi. The third place is going to König Ludwig Lauf’s ambassador, Max Olex. 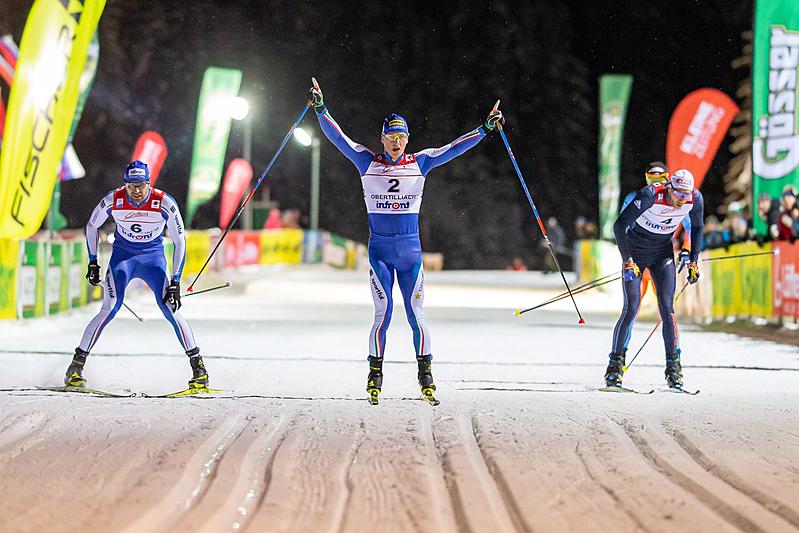 Tomorrow the Dolomitenlauf weekend continues with the Dolomiten Classic race over 42 km & 21 km. On Sunday the main race is awaiting us: The 42 km long Dolomitenlauf in free technique. It counts as the second stage of the FIS Worldloppet Cup. The venue, Obertilliach presents Austria’s East Tyrol in cold winter conditions, with temperatures around zero and minus 5 degrees.