Yesterday evening the last jury meeting took place in Oberammergau and they decided, that the 44th König Ludwig Lauf can take place this morning. After rainfalls and warm temperatures the last week, it was almost impossible to host the 4th FIS Worldloppet Cup stage 2017, but the organizers did the miracle, worked the whole night and the world’s marathon skiing elite could stand on the starting line of the skating race, which was shortened to 38 km.
First German victory since 30 years
Since 30 years Oberammergau is waiting for a German winner at the König Ludwig Lauf. Max Olex ended the waiting! In a dramatic finish sprint the member of the Adidas XCS-Team – new in the FIS Worldloppet Cup – was able to make his dream become true and crossed the finish line first. The photo finish had to decide the winner. Second and third place in this exciting finish go to France: Damien Tarantola‘s ski crossed the finish line only a hundred of a second behind and another 7 hundreds of a second behind Buttin Bastien took the 3rd podium place. Both are skiing for the Haute-Savoie Nordic Team.
On the final uphill Toni Livers (SUI) from Rossignol Gel Interim was in the front of the 20-men-leading-group, but in the downhill, there was a crash and Livers had to stop, so the others were able to overtake him. From the second position in the final turn, Olex sprinted to his victory.

“There are those days where you know, you can do it! It was always one of my biggest dreams to win the König Ludwig Lauf, since here is my home and today was the day. I woke up at 5:00 this morning and couldn’t sleep anymore, so I went outside to see the conditions and saw that they are perfect for me. My words are still missing about this victory!”, Olex stated overwhelmed in the finish.
In the overall ranking of the FIS Worldloppet Cup 2017 the French Candide Pralong, Team Rossignol Gel Interim, remains first, but now only 3 points ahead of Max Olex. Tord Asle Gjerdalen (NOR) still holds place 3.
Aurelie Dabudyk still unbeatable
Aurelie Dabudyk (FRA) from Haute-Savoie Nordic Team made the women’s again less exciting. She remains the big successor of the FIS Worldloppet Cup. After her victory at the Dolomitenlauf and a very good performance at the Marcialonga, Dabudyk wins again. But today she had to fight very hard for it. Maria Gräfnings from Sweden (SAS & tg hütten Team) made Dabudyk’s life very hard and got beaten only in the finish sprint. The Estonian Tatjana Mannima, also Team SAS, reached Oberammergau as 3rd, 40 seconds behind. The places 4, 5, and 6 going to  Klara Moravcova (CZE), Marie Kromer from France and Rahel Imoberdorf (SUI). 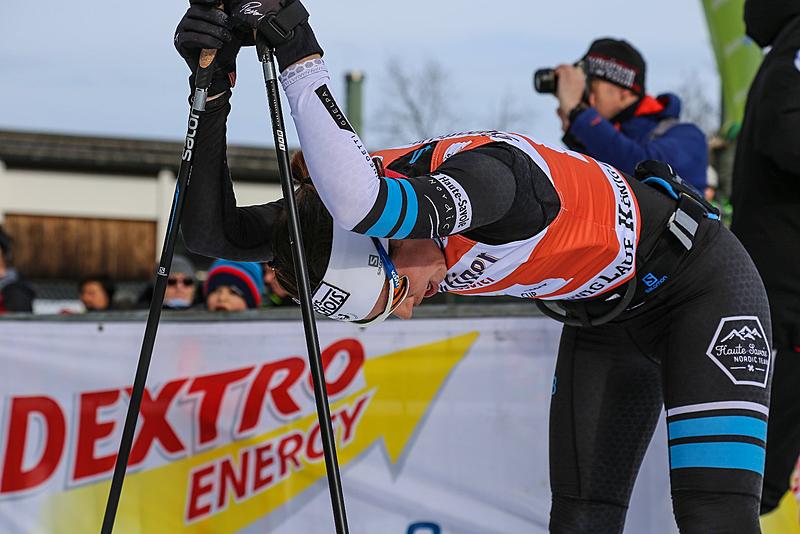 “Today it was a very hard race for me. I didn`t feel so great after the Marcialonga, but fortunately, I was strong enough to win. Now I need some days break and then preparations for our home race, the Transjurasienne!”, sums Dabudyk up.
94 points ahead, Dabudyk thrones on top of the overall ranking. It will be a hard work for second placed Maria Gräfnings and 3rd Tatjana Mannima to catch her again this season.
Find the whole results of the 44th König Ludwig Lauf here for the men and the ladies. 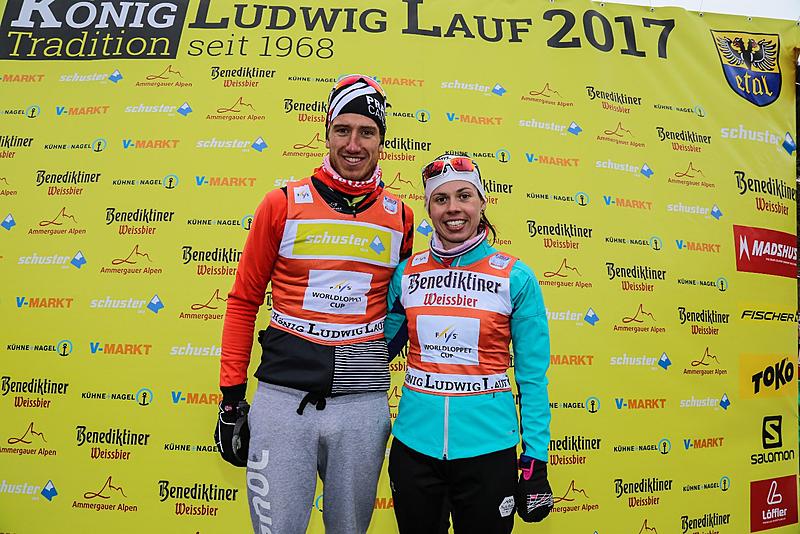 So stay tuned and watch Worldloppet-TV! 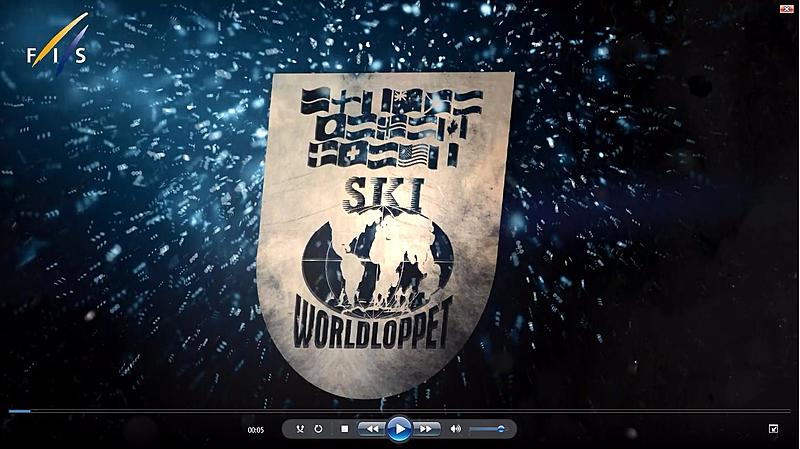