The sun came out for the finish of the 2017 Merino Muster 42 km marathon cross country ski race at Snow Farm in the stunning Pisa Range of Wanaka (NZL). 85 brave skiers went for the 42km cross country skiing and over 127 over the 21km Snow Rake and the 7km Straggle Muster. The entrants competing came from all over the word – Australia, Wales, Germany, France, Switzerland, Finland, USA, Japan, Argentina, Singapore, Russia, Canada, China and Estonia.

The temperature was – 5 degrees with fog lingering at the start which formed ice crystals on beards and hair as steamy breaths froze as they were exhaled. The sun was very much needed in order to see the men’s fast finishers skiing towards the line who were all within touching distance of each other:  Simeon Hamilton and Brain Gregg  of USA and Phillip Bellingham from Australia all finished in first, second and third respectively, all recording times within one second of each other. 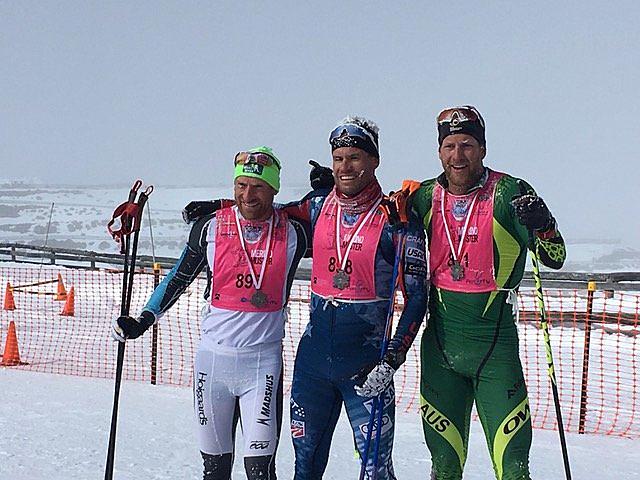 The woman’s race was won by US-Olympian & American Birkebeiner Ambassador, Jessica Digggins, followed by Hannah Dreissigacker and Britta Clark both from USA.

The snow conditions were fantastic with one veteran skier saying they were the best he has ever raced in. This was largely due to the huge efforts of the Snow Farm team Dean and Sam who worked through the night with two machines grooming the loops three times to create these conditions. Also, the fact that the temperatures stayed cool helped. 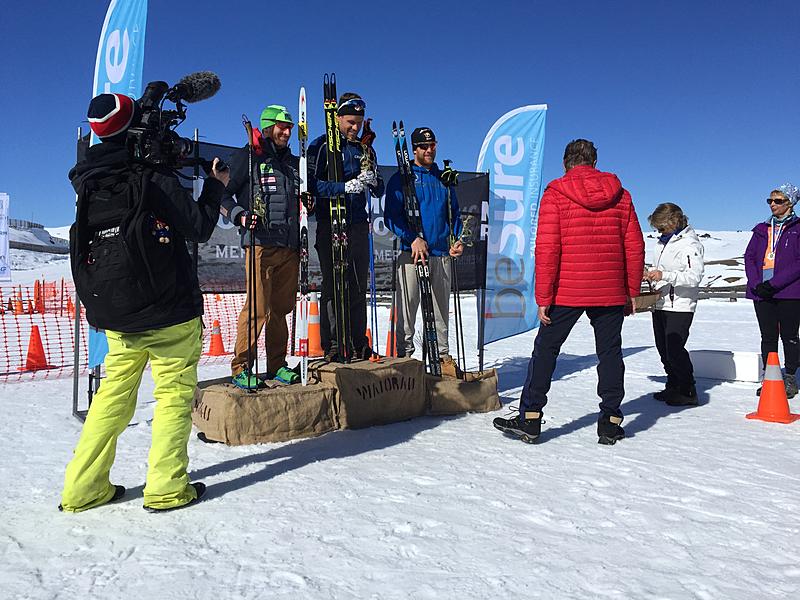 Also Juha Viljamaa from Finland, the President of Worldloppet was satisfied after skiing the 21 km Snow Rake. When asked for comment he said, “the conditions were very nice and cool and the race was run very professionally. I really enjoyed it and so did the other competitors. The atmosphere among the skiers was great, everyone was happy before, during and after the race.”

Since Worldloppet is a family of skiers with camaraderie amongst nations one aspiring college student, namely Louis Jones, takes the award for true Worldloppet spirit. He skied 14 km with an eightyone year-old Japanese skier, Haruo Tsuchiya, after completing his own 21 km race just to make sure he completed the race after breaking a boot and retiring from the race last year. We pay our respect for that! 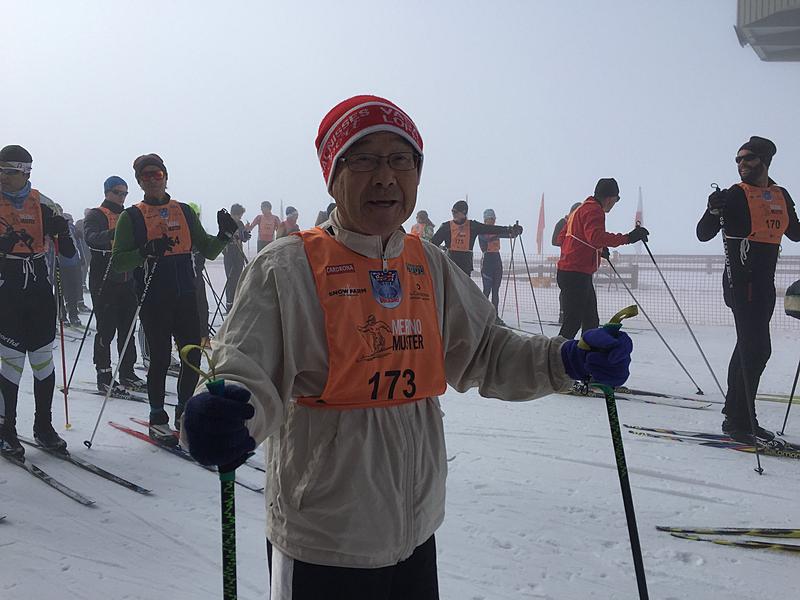