After a perfect classic race day yesterday, the organizers knew – La Transjurassienne is back! Thousands of spectators thought the same. So today the main event, the 48 km Free Technique race took place, representing the 5th FIS Worldloppet Cup stage 2017. All the favorites were standing on the starting line at 9:45 in Bois d’Amont, including Olympic- and World championship medalist Jean-Marc Gaillard, the stars from Team Rossignol Gel Interim (e.g. Toni Livers, Candide Pralong, Seraina Boner, Benoit Chauvet etc.) and Nordic Team Haute-Savoie like women overall leader Aurelie Dabudyk and Dolomitenlauf winner 2017 Ivan Boiteux-Perrillat.
With them, almost 3000 skiers made their way through the Jura mountains to Premanon today.
Hard work for Duvillard’s victory
Today’s race was a very tactical one. A big group of approximately 15 skiers was formed quite soon in the race and worked together the whole 48 km from Bois d’Amont to Premanon. Only at the sprint in Les Rousses Thomas Chambellant (Team Rossignol Gel Interim) created a gap between him and the group and took the sprint victory. The main work in front of the group, at the wind, made Robin Duvillard, Toni Livers and Jean-Marc Gaillard. 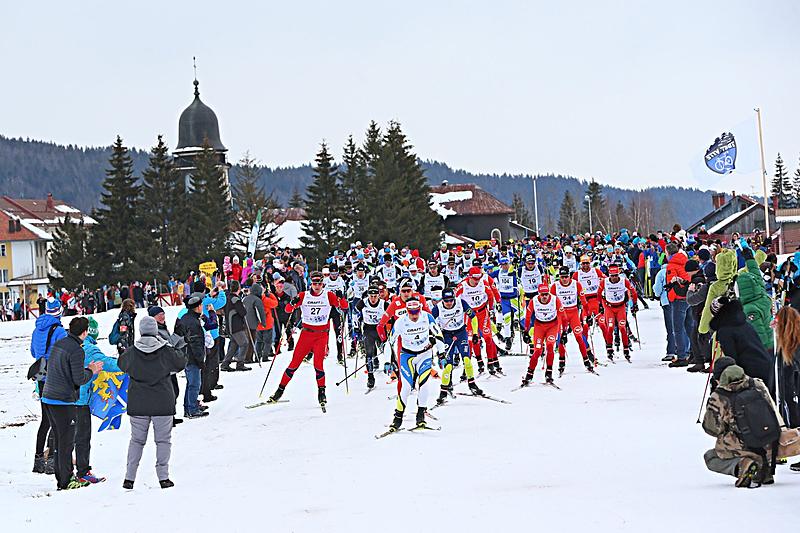 Especially Robin Duvillard increased the pace constantly as long as he crossed the finish line just split seconds ahead of Jean-Marc Gaillard, who skis for Haute-Savoie Nordic Team. “I came here to test myself for the World Championships in Lahti, so I was not sure how my body would react in the race. But the pace was not too high, so it was good for me. I am happy to win here, for a French it is big to win La Transjurassienne!”, says Robin Duvillard.
And if there is a final sprint at the French FIS Worldloppet Cup stage, there is also Ivan Perrillat-Boiteux! The member of Nordic Team Haute Savoie fought out the third podium place with Toni Liver and Candide Pralong (both Team Rossignol Gel Interim) and won. 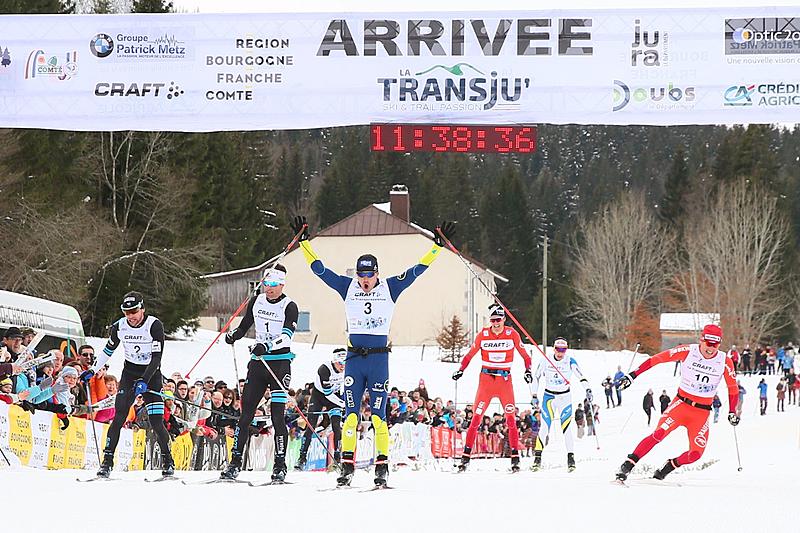 Also, Seraina Boner had to quit the race because of problems with her back. It seems like the dominating team of last season got very strong concurrence in 2017. But the red bib still remains in Team RGI: Candide Pralong is leading the overall ranking just 3 points ahead of Ivan Perrillat. “It is much harder for us (Team Rossignol Gel Interim) to stay in front this season. But I think we are in a good position now for the second part of the cup. Me and the team we trained good for the classic races, so I am looking forward to Tartu!”, explains Candide Pralong, red bib holder, and today’s 5th.
Swedish surprise in ladies race
The ladies competition brought a big surprise. After Aurelie Dabudyk was dominating the last winter and also the first half of the FIS Worldloppet Cup 2017, everyone thought, she will win again today, especially here at La Transjurassienne, her home race. But there was one Swedish woman who had something against a home victory of Dabudyk: Maria Gräfnings – Team SAS & tg hütten. The Swede got rid of the rest of the female skiers already before the 10 km mark and then worked together with a group of men for the rest of the race. “After a few kilometers, I felt strong and got rid of my chasers. From that moment on I decided to never look back again and started to rush to the finish. I am so happy to win La Transjurassienne, it is a great race!”, says the lucky winner from Sweden. 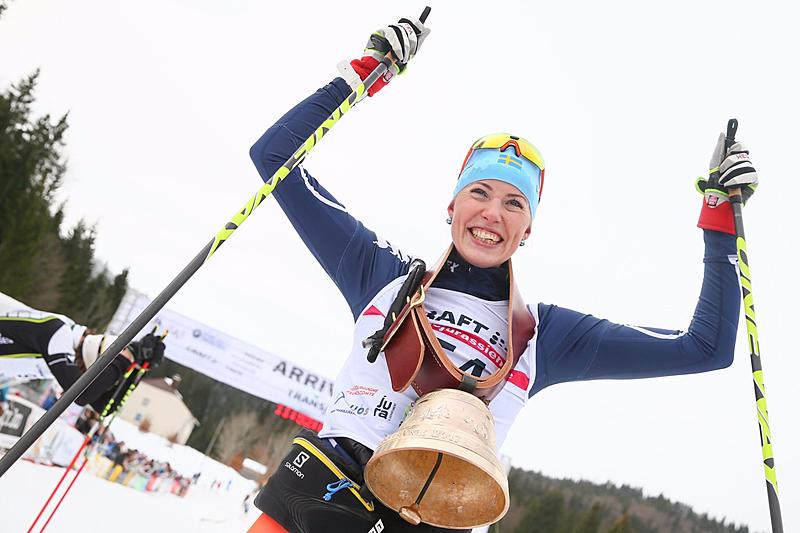 Aurelie Dabudyk, who was not feeling very well today, arrived the finish as second, 2:20 minutes later as first French lady. With this 2nd place and the 80 points, she defends her red bib. The 3rd place again goes to France, to Aurore Jean, who skied together with Dabudyk for a long time but had to let her go towards the end of the race.  “It is simple. Maria was very strong today and I wasn’t. I was not feeling so well today, so I am very happy to be second!”, explains Dabudyk, who remains on top of the FIS Worldloppet Cup overall ranking.

Be prepared for tonight’s edition of Worldloppet-TV. At 8:00 pm CET you are going to watch the highlights of La Transjurassienne and the 5th FIS Worldloppet Cup stage on www.worldloppet.com.