For the first time in history, the FIS Worldloppet Cup kicked off in China, at the Vasaloppet China. And for the first time, we see a Chinese skier in the red bib – representing the overall leader of the cup. In the ladie’s race the winner was not the biggest surprise but anyhow, her performance was breathtaking. 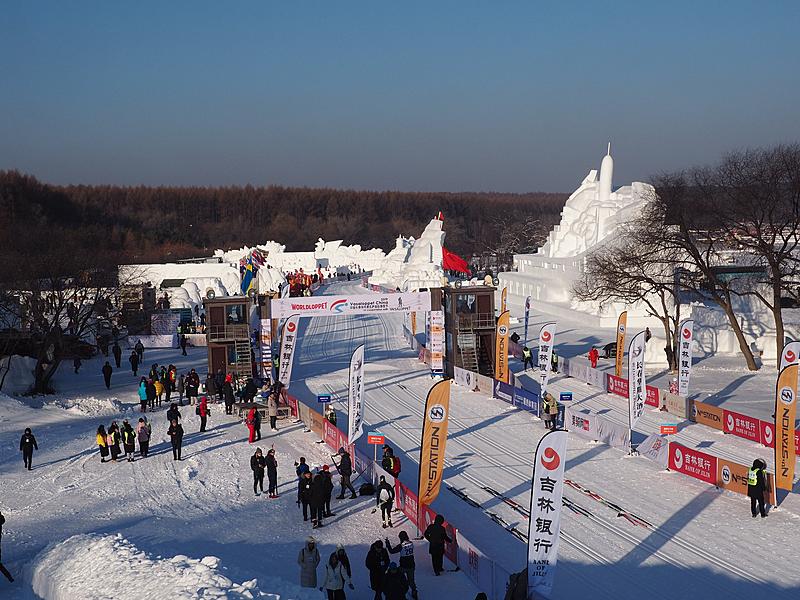 At 08:10 the busses from the hotel to the start area of the Vasaloppet China left packed with excited skiers from 32 different countries. In total over 1000 skiers were standing on the starting line at 10:00. With – 10 degrees it was quite cold, but the sunshine made it bearable for the marathon skiers. The astonishing appearance of the famous snow sculptures to the left and right of the start lane made the rest to provide an unforgettable popular skiing experience. The skiers had to make their way through the Jingyuetan Park of Changchun on a 25 km loop all made of artificial snow. The major part of the participants skied the loop two times for the 50 km main race – valid for a stamp in the Worldloppet Gold Master’s Passport.

The main race also represented the opening stage of 2019’s FIS Worldloppet Cup. While everyone bet on a French victory today in the men’s competition, two Chinese skiers had another idea. But this was not noticeable until the final of the race. Quite early in the race, a group of approximately 20 elite skiers was formed. The leaders were the boys from the French pro-team Jobstation Rossignol: Benoit Chauvet, Bastien Poirrier, Adrien Mougel, Thomas Chambellant, Nicolas Berthet. After the first 25 km were taken, the pro skiers increased the pace and tried to escape the group. But no luck. Skiers like Reese Hanneman (USA), Petter Soleg Skinstad (NOR), Mikhail Sosnin (RUS) and others did a great job in following them. 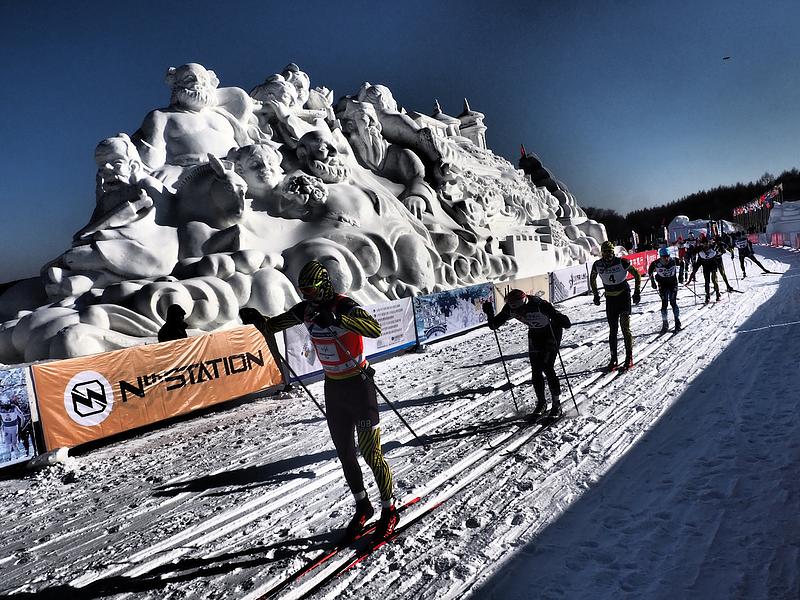 In the end, it was a group of 13 skiers entering the last kilometres and two Chinese skiers who wanted to take care, that the victory stays in China. And they succeeded! Wang Qiang and Bao Lin took their chance, escaped the group and sprinted to the finish. Finally, with a time of 2:23:27, it was Wang Qiang who crossed the finish line first, only a few seconds in front of Bao Lin. The third place, after a hard sprint, is going to Bastien Poirrier, who said:

“We were trying to escape the group all the time, but it was not possible today. The Chinese skiers really surprised us with their attack – quite strong. In two weeks we have a new stage (Dolomitenlauf) and new luck!”

For the first time in history, a Chinese skier is wearing now the FIS Worldloppet Cup red bib – representing the overall leader of the cup. Although he has not planned to ski further FIS Worldloppet Cup races, so it is not very likely, that he is going to wear it for a long time. 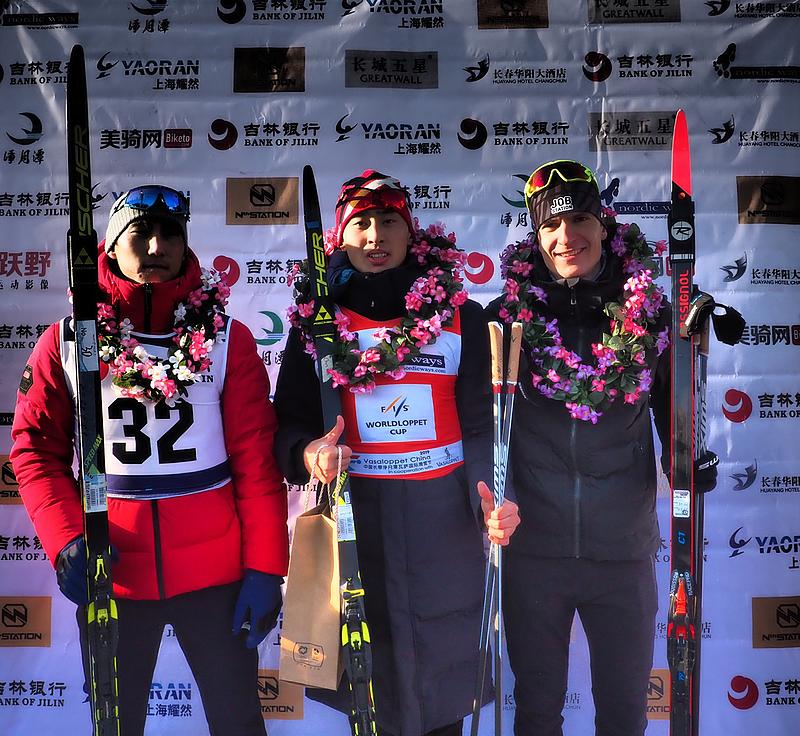 Maria Gräfnings starts with victory into the cup winter

In the ladie’s first FIS Worldloppet Cup competition of 2019, the result was a little bit expected. When Maria Gräfnings, Swedish marathon queen, member of the SAS pro team, entered the race, it was clear, that it will become a battle between her and last year’s Vasaloppet China winner, Marina Chernousova from Russia. In the early morning of the race day, Chernousova, unfortunately, had to announce that she got sick, so Gräfnings was alone in a competition against the Chinese skiers. 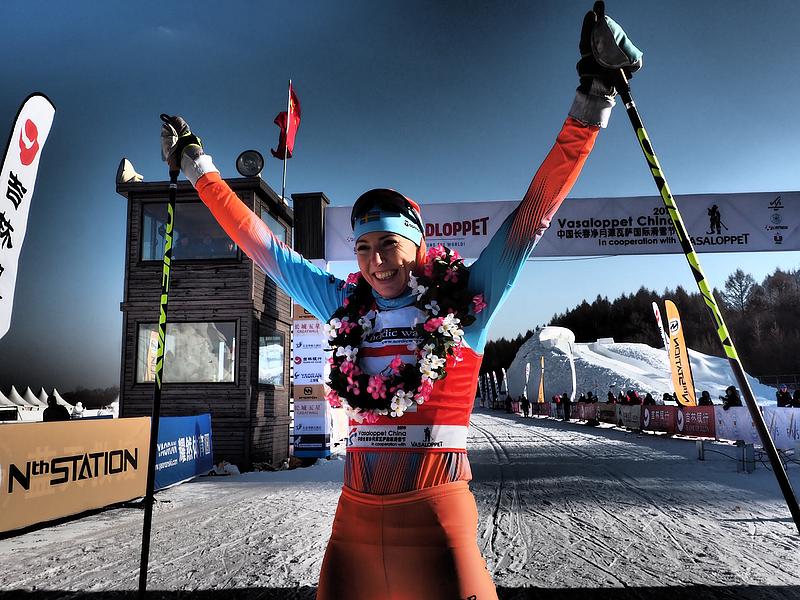 Gräfnings, who chose to double pole the race, tried to follow the elite men as long as possible & she found some company to ski with at least in the first round. All in all, it was a quite lonly race for Maria Gräfnings, but a happy one she said, after winning the ladie’s competition with a huge gap to number 2:

“It was hard, but I felt really good today. I tried to follow the men in the first round, in the second round I was alone a lot, but I felt strong. Double poling was the right decision for me, I am a lot stronger this year! I am happy to win here!” 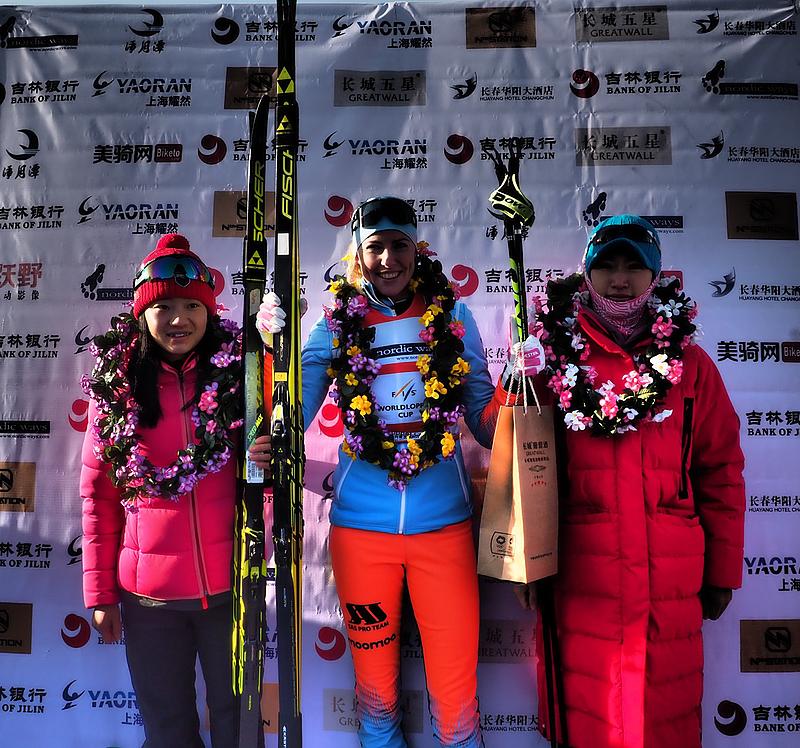 But not only elite skiers are honoured today. Four new Worldloppet Masters got their diploma at the finish of Vasaloppet China. Epp Paal, Worldloppet CEO, Torbjorn Petterson, Vasaloppet China organizer handed over the diplomas, while Bjorn Lind, the event director and former elite skier from Sweden, summed up the race day:

“Again it was a great day of marathon skiing here in Changchun. A little bit cold & windy, but ok. This great competition & the Chinese victory & podium places are very good for the sport of cross-country skiing here in China.” 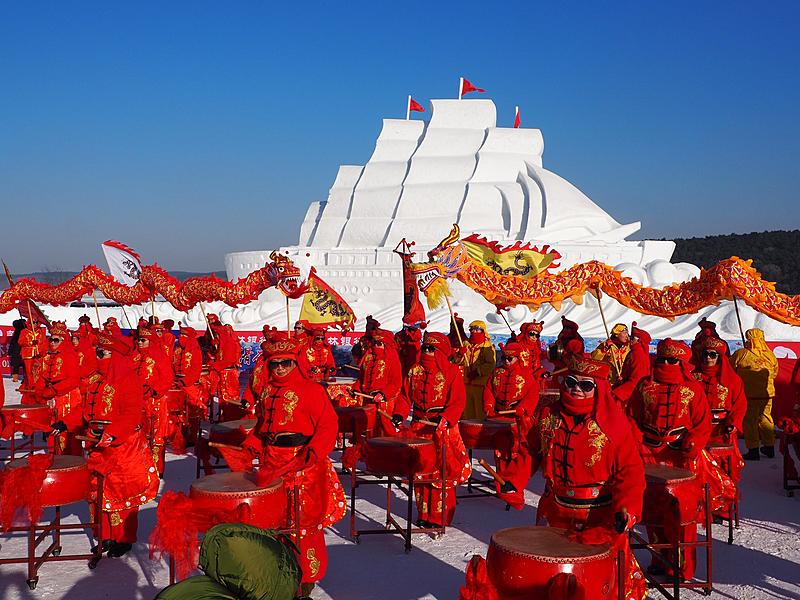