What a perfect winter day today in Obertilliach, Austria, at the Dolomitenlauf! Besides sunshine, winter landscapes and hundreds of Worldloppet skiing enthusiasts we saw a bunch of amazingly strong marathon skiers fighting for the victory in the FIS Worldloppet Cup stage 2. In the end, Sweden and Switzerland raise up their hands!

At 10:00 in the morning of the 20th January the starting shot gave the signal for the hundreds of cross-country skiing enthusiasts to kick-off the 45th Dolomitenlauf. In front of all, the FIS Worldloppet Cup elite skiers. The conditions have been great with sunshine, blue sky and subzero degrees.

It has been the 2nd stage of the cup, the first in skating technique. In the end, we saw a Swiss comeback in the men’s competition and an unbeatable Swedish dominator in the ladies race.

Like the previous years, French skiers were the strongest nation in numbers at Austria’s Dolomitenlauf. More than 10 elite skiers from France were standing in the first starting line of the 2nd FIS Worldloppet Cup stage this morning. The conditions were very fast, so the elite kept a very high pace from the beginning on. So already on the first kilometres, a small leading group was formed and contrary to many other competitions before this leading pack only consisted out of 5 skiers. Toni Livers (SUI), who is coming back to the FIS Worldloppet Cup after skiing Worldcup races, packed up with 4 French pro-skiers: Adrien Mougel, last year’s Dolomitenlauf winner, Bastien Poirrier, who was skiing in the red bib, Agnelle Gerard & Loic Guigonnet.

The Swiss national team skier & FIS Worldloppet Cup winner 2017, Livers, tried to wear down the French connection as lone wolve and started attack by attack. On the final uphill part a few kilometres before the finish line he was successful and managed to create a gap of a minute between him and the French. Sovereign he brought this advantage into the finish and he won the Dolomitenlauf 2019, his second victory here. 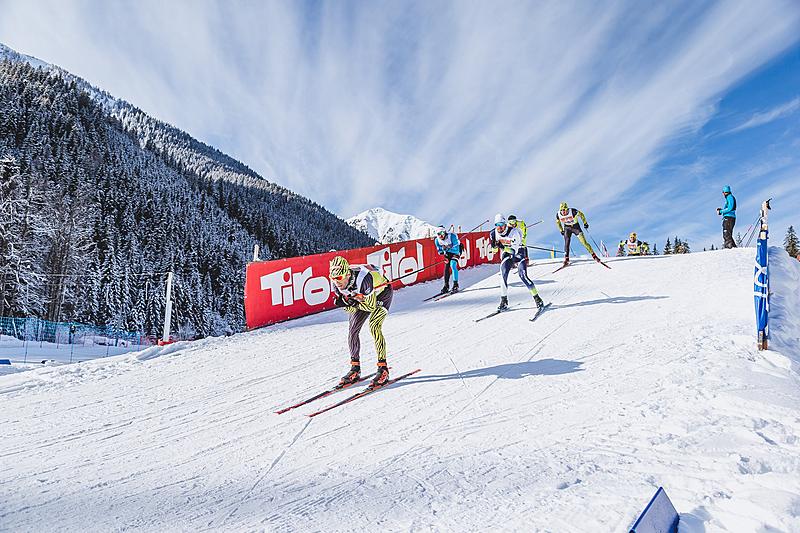 1:08 minutes behind him the teammates from Skiteam e-liberty, Agenlle Gerard & Loic Guigonnet sprinted for the second place. Gerard managed to bring is toe over the finish line before Guigonnet. Adrien Mougel, Thomas Chambellant & Damien Tarantola (all French) complete the top-6.

“It was very hard for me today against this very strong French team, I was all alone out there against them. So I constantly tried to wear them down with an attack after another. On the last uphill, I finally managed to break away!”, says the winner, Toni Livers also mentioning, that beside skiing the World Championships in Austria, he is going to try to ski as many FIS Worldloppet Cup races as possible. 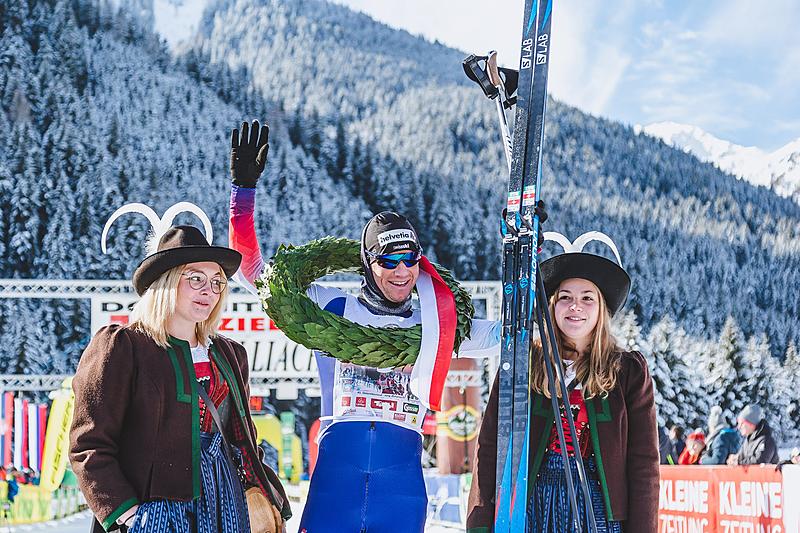 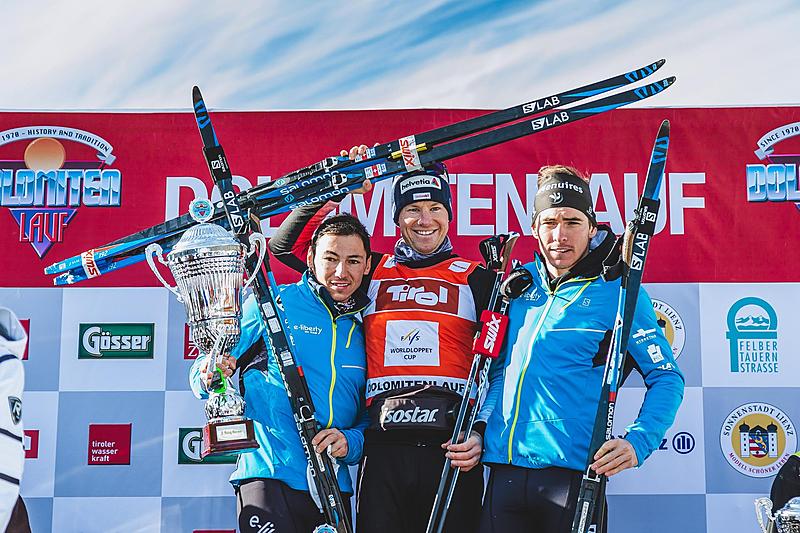 The ladies competitions didn’t bring a big surprise. It seems like Maria Gräfnings from Sweden decided to take the red bib at the beginning of the season and never give it back. After her impressive victory at the Vasaloppet China two weeks ago, the SAS pro team skier, today also won the Dolomitenlauf. During the first kilometres, Gräfnings found a bunch of men to ski the race with. No other woman was able to follow her. In the next group, some minutes behind, her teammate, Tatjana Mannima (previous FIS Worldloppet Cup winner from Estonia) & Anna Seebacher, Austrian member of the Adidas XCS team also worked together with a group of male skiers. In the finish, Mannima was able to defeat Cup newcomer Seebacher and finished 2nd.

Maria Gräfnings, about her first victory in Austria: “Finally it worked out, finally I can add Austria to my list. I really wanted to win her, so I put many efforts in the preparations. I am super happy with my first victory at the Dolomitenlauf.” 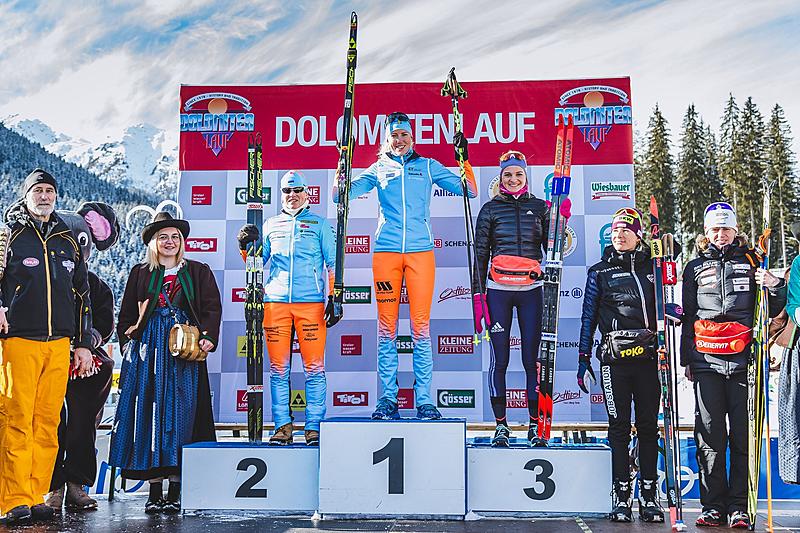 After the second race day of the FIS Worldloppet Cup Maria Gräfnings collects another 100 points, having 200 points in total on her account now. Tatjana Mannima & Anna Seebacher are chasing her from now on.

Toni Livers, with his victory today & collecting 100 points, overtakes the lead in the overall ranking of the cup and is going to wear the red bib in the next competition.

The FIS Worldloppet Cup is going to continue in two weeks in Germany’s Oberammergau with a classic competition. On February the 3rd the marathon skiing elite is going to compete at the König Ludwig Lauf.